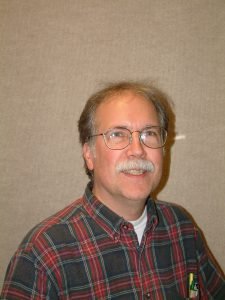 Throughout his 22 year career in commercial HVAC, Bill Christian’s focus has been finding innovative building energy savings. An early proponent of sustainability, he has developed and performed energy studies and has engineered and implemented retrofit projects from concept through systems start-up and then to ongoing operation, that have greatly reduced the energy consumed by commercial and industrial facilities. His expertise includes modification to mechanical and lighting equipment and upgrading and repair of control systems.

In his role at Comfort International, Bill serves as Engineering Manager where he is responsible for energy studies, project design, project engineering support and final system performance. Because of his experience in all aspects of a project, he fully understands building operations and is sensitive to the concerns of facility and property managers who want to save energy but also want comfort and reliability.
He has worked with the electric and gas utilities in various capacities. He has trained commercial auditors for PG&E and the Los Angeles Department of Water and Power and has obtained millions of dollars in utility rebates for innovative qualifying projects. In addition, he has testified at rate structure hearings for measures that encourage fairness in energy reduction. Locally, he chairs a municipal energy committee which advises on issues about municipal buildings, schools, and local public policy.

Bill is a licensed professional engineer in California. He received a B.S. degree in engineering from Worcester Polytechnic Institute in Massachusetts and a M.S. in mechanical engineering from Rensselaer Polytechnic Institute in New York. His academic work in physics and energy systems has allowed him to develop innovative modifications to the layout and operation of existing HVAC and lighting systems. He has developed specific techniques for a wide variety of commercial buildings, data centers, and clean room facilities with great success without affecting strict operations protocols. He is also a pioneer in the use of economizer cooling for data centers, and his revisions to clean room facilities have yielded large savings while improving performance and reliability.
One of the projects Bill is most proud of is his restoration of one of the oldest large geothermal systems in the country, built in 1962. His re -design reduced energy use by 2.3 million kWh a year and solved its chronic lack of heating capacity.